Director Reproductive Endocrinology and Infertility at University Hospitals of Cleveland. 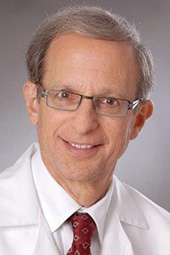 
Dr. Goldfarb has been a pioneer in the infertility field. His infertility programs have been responsible for many firsts including:

Dr. Goldfarb has authored or co authored more than 90 articles. His book, Third Party Reproduction, A Comprehensive Guide, was released in 2013. He has been repeatedly listed as a “Best Doctor” by Cleveland Magazine and similar publications.

In 2004 Dr. Goldfarb was instrumental in having Cleveland Clinic (where he was director at that time) designated as the nation’s first Fertile Hope Center of Excellence. Fertile Hope is a national, nonprofit organization dedicated to providing reproductive information, support and hope to cancer patients and survivors whose medical treatments present the risk of infertility.

What are your top tips for anyone trying to conceive or planning to start a family soon?
People who are planning to start a family in the near future should make sure that they are in good general health. If they have any significant illnesses they should discuss these with their physicians to see if the diseases would have any impact on pregnancy or if pregnancy would have any impact on the diseases.

Do you think that couples that are planning to have a baby seek out professional help too quickly these days, or not quickly enough?
The general guidelines for couples not conceiving is that if the woman is under 35 they should seek professional help when they have been trying for a year and if the woman is over 35 they should seek professional help after they have been trying for 6 months. However, couples who are concerned that they are not getting pregnant lose nothing by having a consultation with their physician at whatever time they feel concerned about their lack of conceiving.

How many days is a woman fertile each month?
In general a woman may be fertile for as much as 4-5 days before her ovulation and 1 day after ovulation.

When is the best time during my monthly cycle to have sex?
The best time to have intercourse is just before ovulation.

Should we abstain from intercourse a couple days right before I’m ovulating?
Some men’s sperm counts do decrease if there is ejaculation on a daily basis. Thus it is often recommended that couples have intercourse every other day around the time of ovulation rather than every day.

How many days does it take for a lifestyle or diet change to affect his sperm?
Only extreme lifestyle issues or diet issues would have an effect on sperm. If there is such an effect, it generally takes at least 3 months for the change in diet or lifestyle to have an effect.

If I have PCOS, what are some things I could do in attempt to regulate my cycle?
There are many ways to regulate a patient's cycle when she has PCOS. The way chosen is generally determined by the desire of the patient. Different approaches are taken depending on whether the patient wants to get pregnant or whether she just wants to have regular periods. While there are various approaches, it is generally not difficult to regulate patients’ periods when they have PCOS.

What defines low sperm count, and what are common motility issues?
The current thinking is that a fertile sperm count can be as low as 15-20 million sperm per cc. Motility issues can be of two types. One is a low percentage of motile sperm (generally considered to be less than 40%). The other issue with motility can be the quality of the motility. While the percentage of motile sperm is very important, just as important is the question of whether the sperm is moving in a progressive manner and not in a slow, sluggish manner.